Look to the streets, to the walls, to the paths, Geelong is absolutely bursting with public art. Statues, murals and art installations have been beautifully created by talented artists and perfectly placed across this great city. And the best part… they are all FREE to admire. So, pop on your walking shoes, take to the streets and check out the vivacious and vibrant public artworks of Geelong.

Quite possibly the most upright citizens of Geelong… we love our Bollards. These guys and dolls were once the old timbers and piles from the city pier, now they have their own colourful character; Eastern Beach lifesavers, bathing beauties, fireman, tram conductress, steam captain and Salvation Army woman, to name just a few. There's over 100 bollards artfully placed around Geelong, all of whom you can introduce yourself to on the Bollard Trail; a two-hour walking track between Rippleside and Limeburners Point. Meet, greet and photograph yourself with Geelong’s infamous and iconic bollards. Some of them are even ALIVE! 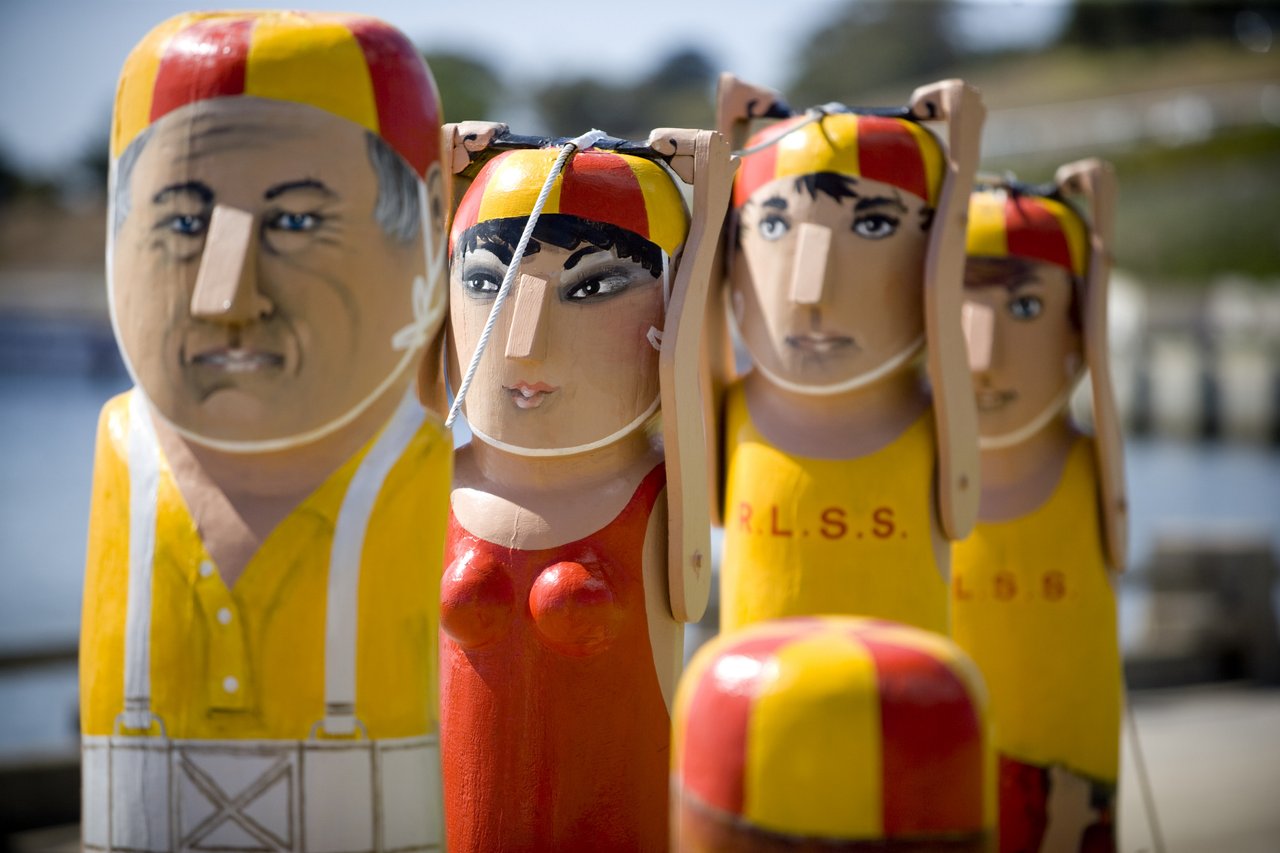 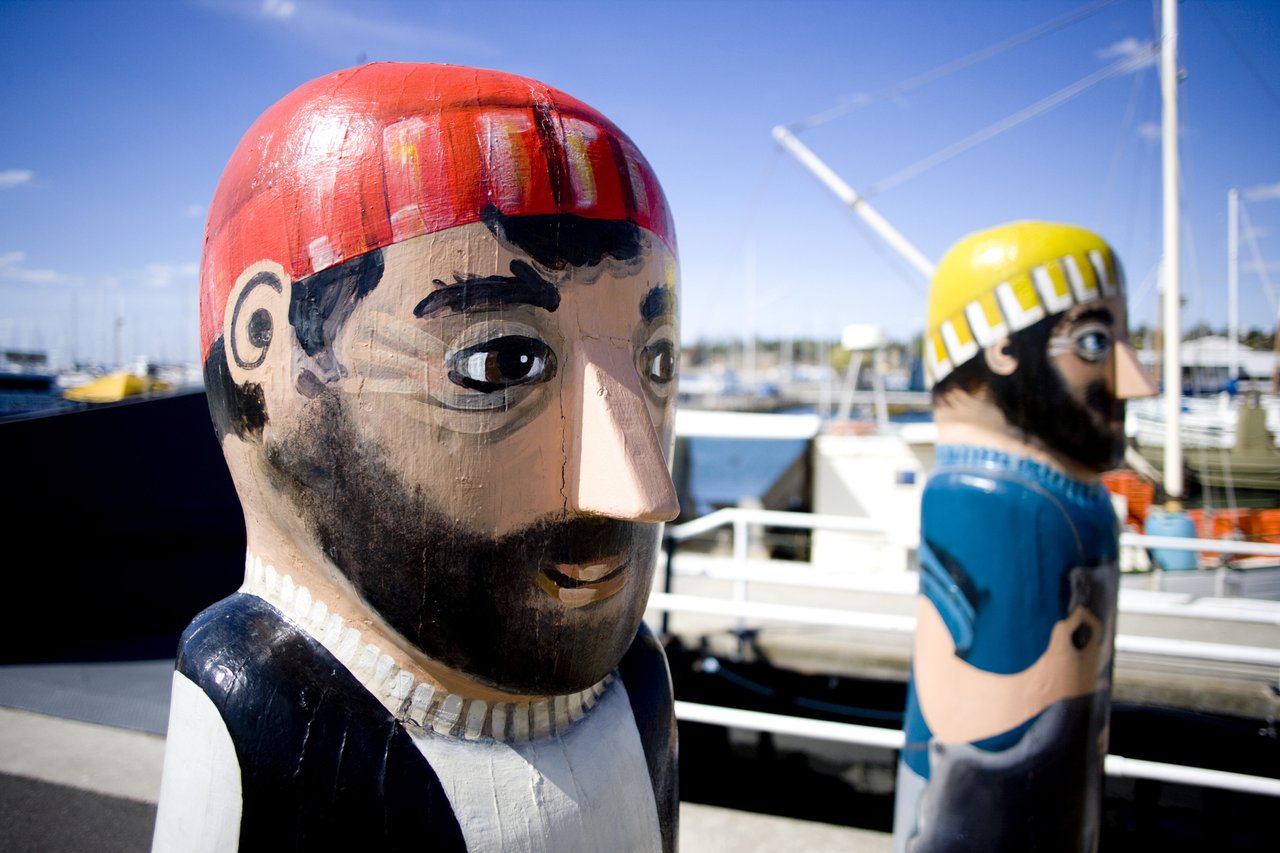 Along Geelong’s picturesque foreshore you will also find a mix of artistic interpretations; sculptures, light instalments, interactive art pieces and so much more.  The Waterfront Art Trail will allow you take in a some of these works including, the Barcode Fountain that pays homage to an iconic Geelong Product, the symbolic Cargo Boxes each containing a different good/product that docking vessels brought into Geelong,  the Paving Splats depicting locally-made objects and the soaring sails of North.  And the art doesn’t stop there, keep your eyes peeled for the cool asymmetrical shapes of the skate park structures, the impish elves in Poppy Kettle Playground, the 1930’s crane fountain at Eastern Beach and so much more.  Art is everywhere on the foreshore. 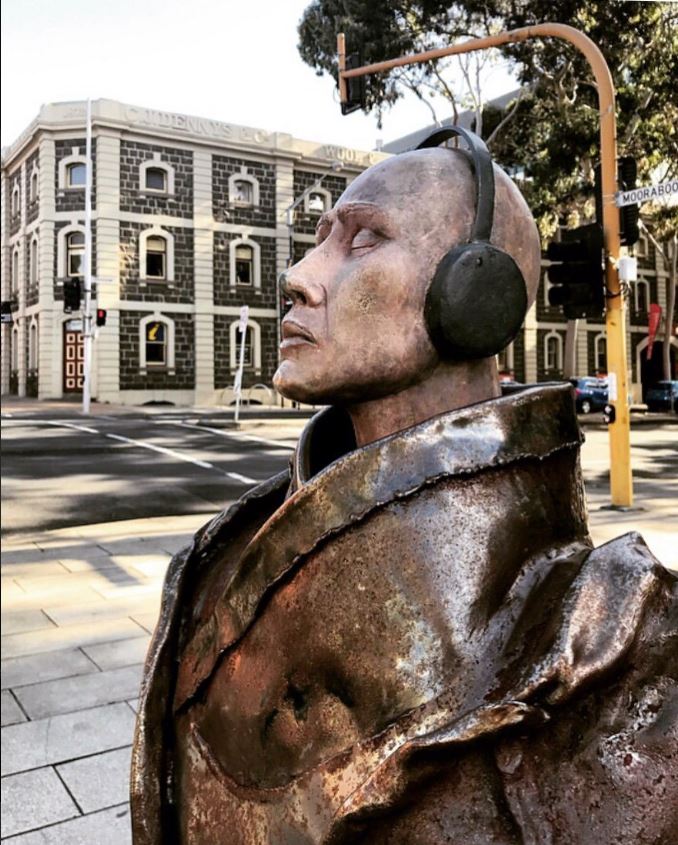 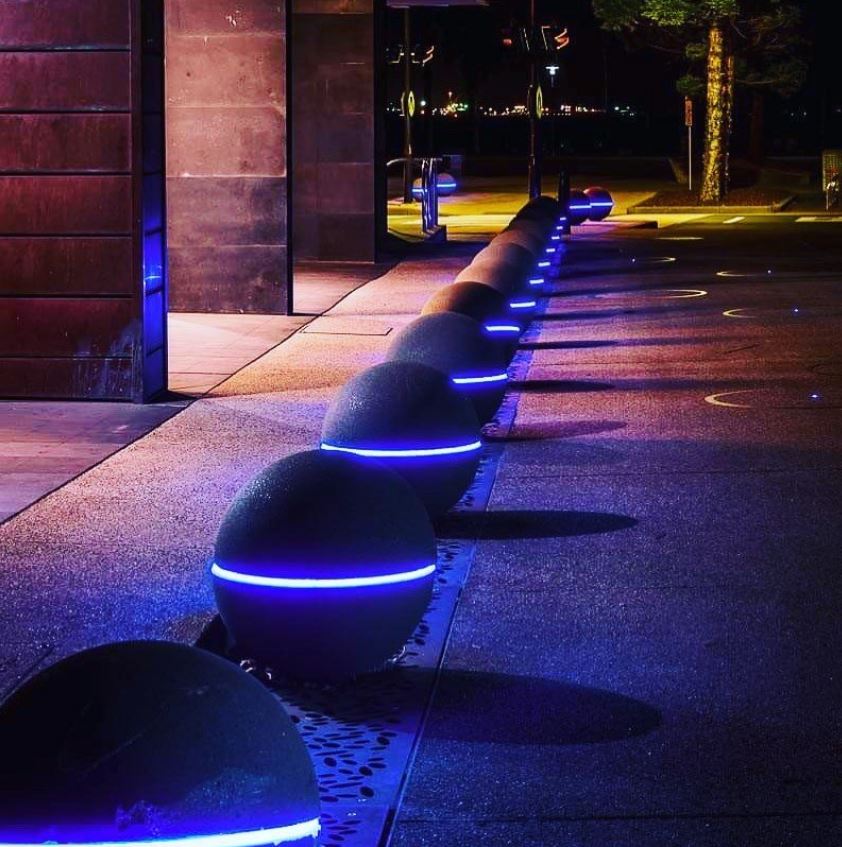 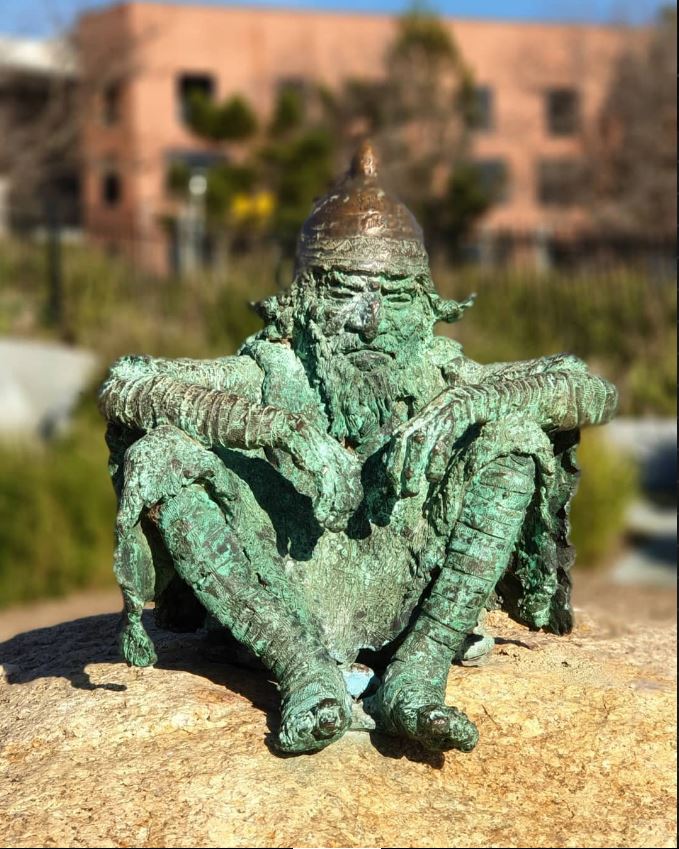 The newest member to the Geelong public art scene is the spectacular street art. These exciting and spirited artworks are strewn across the city, livening up once plain walls, buildings and alcoves.  Exceptional artists have taken spray cans and paint brushes to these spaces to produce pieces that capture the attention and blow the mind.  Soaring to incredible heights is the weathered face of the Unknown Mariner.  Allowing you to gain your own set of wings is the 3D Butterfly Wall Mural.  And the Jay Z and Beyonce mural, well that one will just leave you star stuck.  Don’t miss one single colourful piece of this street art and check out the Central Geelong Wall Art Trail. 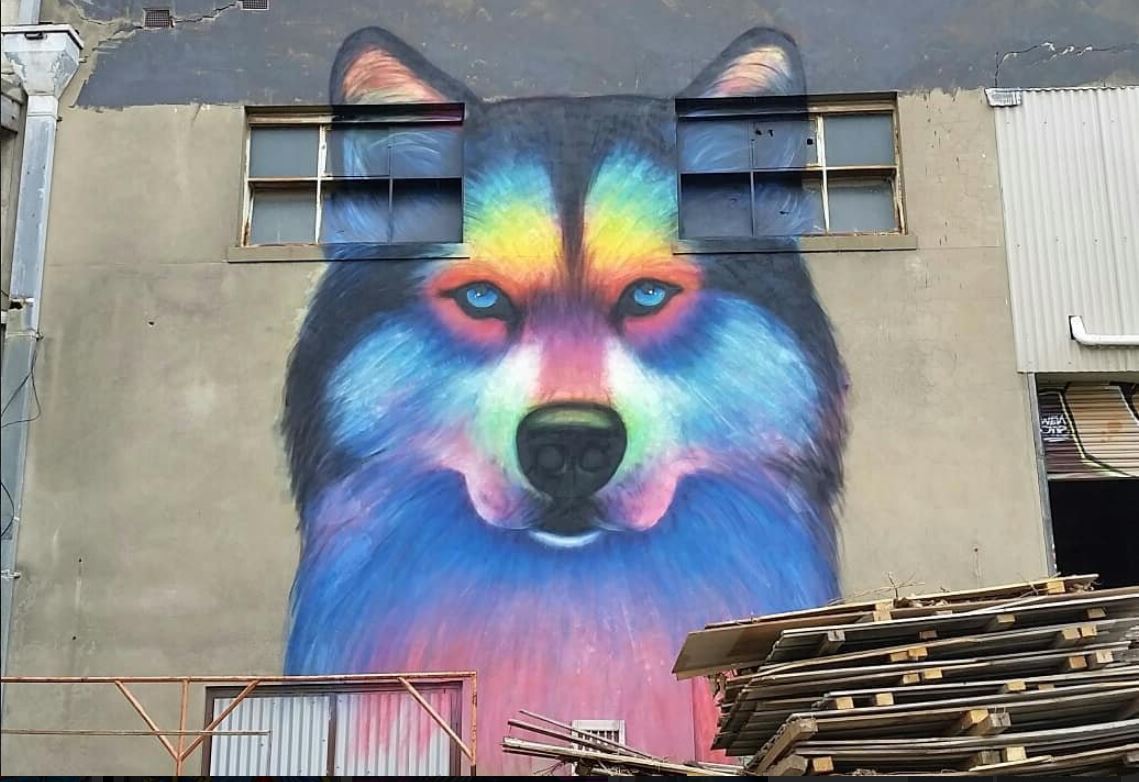 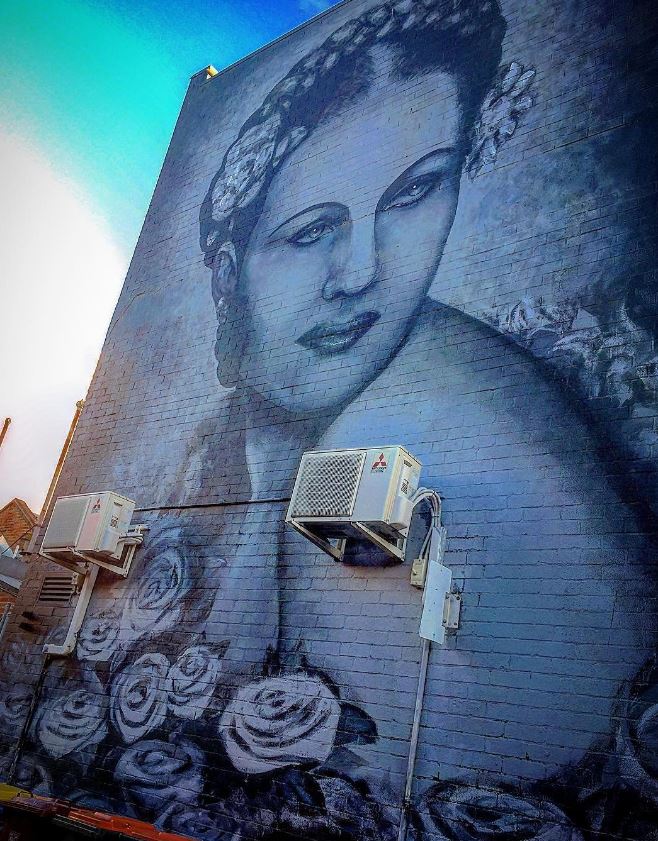 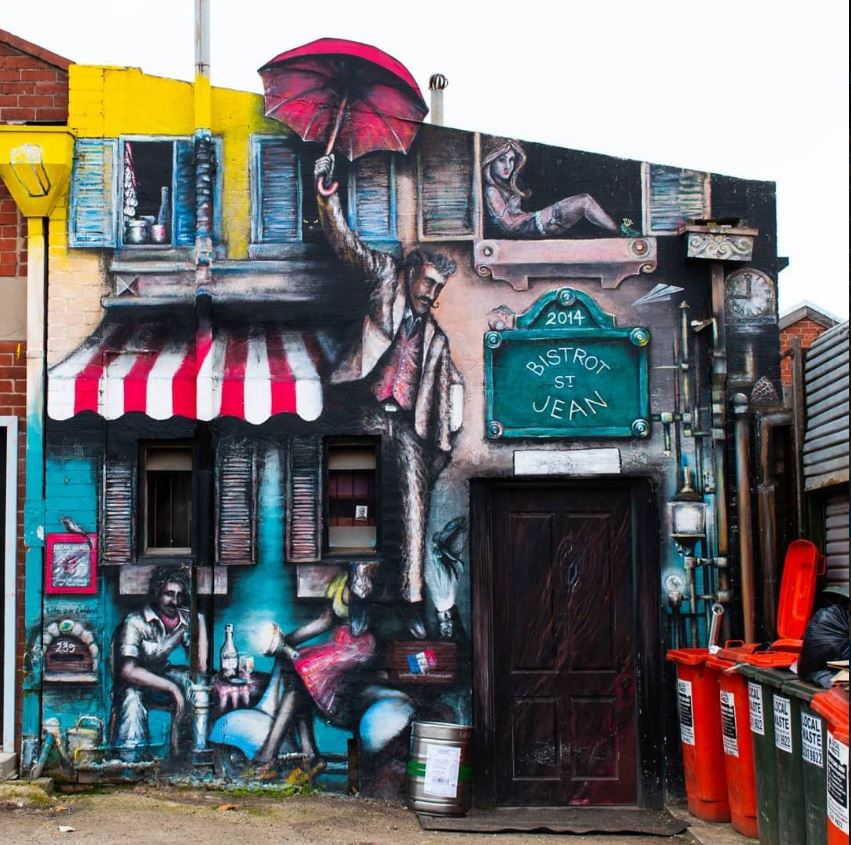 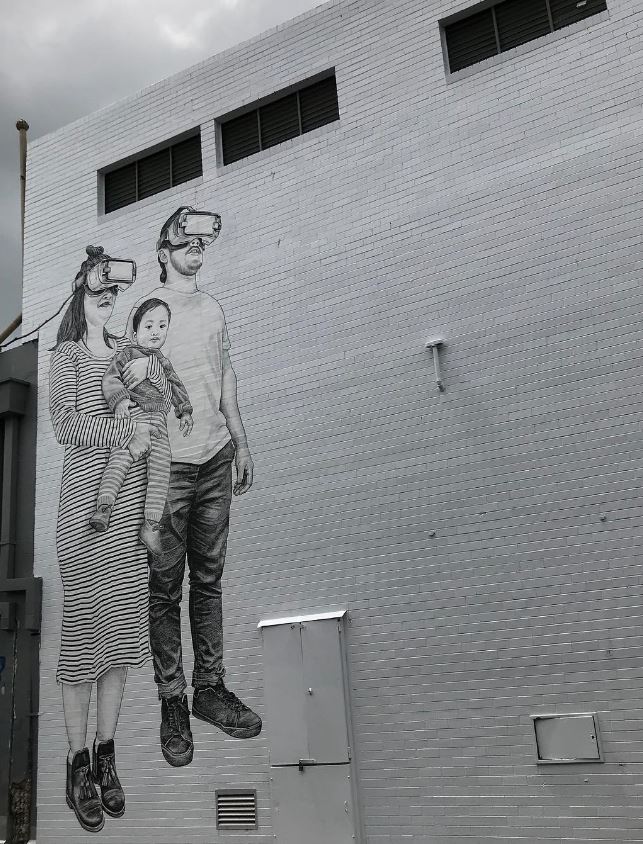